Tis the season for stockings being hung by the fire, cookies baking in the oven, and books with Christmas themes being opened. This season I am re-releasing a book I wrote years ago and recently updated. It was originally published under the title Open in Nine Months, but the original title was Expecting Santa.

All Sam McCall wants for Christmas is a traditional holiday for his five-year-old daughter, Lacey. The last person he expects to find when he moves to a cozy town in Colorado is the woman who broke his heart: Joy Chase. Joy’s hiding a secret under her grandfather’s Santa suit. When Sam learns she’s carrying his baby, he has to win Joy’s heart fast. But can they learn to trust again? Can Santa deliver a Christmas miracle?

Open in Nine Months (Expecting Santa) is a touching, emotional story, a perfect way to put yourself in the holiday.” Judy Christenberry, best selling author

Here’s the brand new cover, and the inside is all updated too! It’s available as a Kindle ebook and also in paperback! Merry Christmas, y’all! 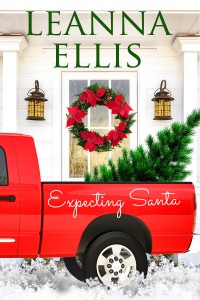 It was a cold night in the Texas Panhandle, and I was a little girl going to the rodeo with my family. This was not a slicked up rodeo but a nitty-gritty rodeo out in the country with real cowboys, some of which were my older cousins. I remember sitting on one of my cousins’ laps. She already had children of her own but she helped warm me up on that chilly night as we watched the cowboys rope steers and ride bulls. 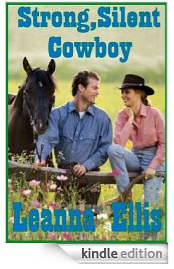 Maybe that’s where my love of cowboys began. Because most of my cousins were many years older than me, I didn’t know them well and simply watched and admired them. My dad also raised me on John Wayne movies. My favorite movie growing up was True Grit. Just the opening song could get my blood pulsing.

As I grew up, I fell in love with country music. One day, I was driving around Dallas, to and from work, listening to Rodeo by Garth Brooks when a character came to me. He was wearing chaps and boots and he had a slight stutter. I immediately fell in love with Kirk and had to write his story, Strong, Silent Cowboy, which became my very first published book.

So began my writing career, which started with writing about cowboys. I love cowboys’ strength, ingenuity, traditions, and love for nature. I love that they are real men, with a bit of swagger, but also a touch of humility. They know God created the land and bow their heads to pray. I’m proud that I know real cowboys, and I’m blessed to have been able to write about them. 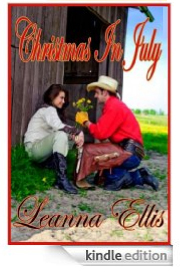 Christmas in July was my second published book and a sequel to my first. This book features not only a cowboy but also a cowgirl–a barrel racer. These girls have courage and big hearts. Geena, a young widow, has more than her share but she also has a wall around her heart that the right cowboy is going to have to jump. 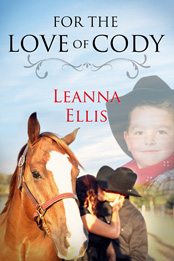 Finally, my latest release, For the Love of Cody, is actually a re-release of my 5th book. It garnered the National Readers’ Choice Award when it was published. Since then, it went out of print but I gained the rights back to it and recently brought it out as a Kindle ebook. But now, it’s also available in paperback! You can click on the titles of my books to find out more about them.

So for a long while, my heroes have always been cowboys. Next year, I’m publishing a brand new cowboy story! Hope you’ll hang around until it’s ready.

So what about you? Do you love cowboys? Country music? Western movies?

Contest: For a copy of the paperback For the Love of Cody. At the end of this week, I’ll draw a name from those who leave a comment below for a winner.

I’ve been tackling a big fear over the past few weeks and months, and that is figuring out this ebook pubbing thing. Oh my! I am not tech-saavy. So it took a lot for me to figure it all out. But with God’s help and many sweet friends’ advising, I did it.

So here it is! 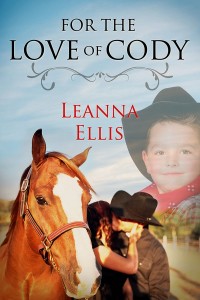 This book originally was published through Silhouette Romance as Are You My Daddy? and it won the Readers Choice Award. I so loved that book, so I enjoyed updating it and getting it ready for the ebook world.

Rancher Joe Rawlins was nobody’s daddy, but ever since five-year-old Cody took a spill at the rodeo, the little cowpoke was convinced Joe was his father! To avoid upsetting the boy, Joe agreed to play daddy – and then discovered he’d also become the “husband” of beautiful, vulnerable Marty Thomas who distrusted cowboys like her ex-husband who shirked their responsibilities. To his astonishment, Joe found he was getting good at this new job – and the look of love in his pretend family’s eyes was becoming all too real. Could happily-ever-afters happen in real life?

I would love to give a copy away to a reader. So if you would like a chance to win, tell me some fear you have conquered in the comments. I’ll choose a winner tomorrow (Friday) morning.

If you can’t wait, then you can purchase the book on Amazon. 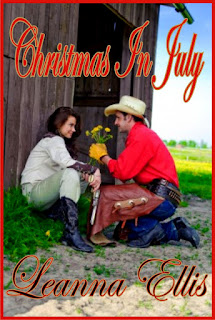 Is July getting too hot for you? It often does for me, because I live in Texas where it feels like it’s 114 degrees on a daily basis. By this time of the summer, my plants are turning brown and I’m beginning to wilt. What refreshes me this time of year is turning my air conditioner down and imagining snow falling. To do that, I turn on Christmas music. Yep, I know, I’m weird. But I love Christmas and I love Christmas music. So turning on the song “Let it Snow! Let it Snow! Let it Snow!” gets me singing and smiling and suddenly my heart feels much lighter. Because Christmas is one of my favorite times of the year, I always wanted to write a Christmas story. So for my 2nd book, I wrote a sequel to Strong, Silent Cowboy called Christmas in July. It actually takes place in the summer, during July, when rodeo cowboys have their most earning potential on the rodeo circuit. But this story has a Christmas twist that I think you’ll love. Christmas in July Ms. Wilson features engaging characters in a heartwarming love story that will really lift your spirits. (4 stars) Romantic Times Magazine Geena Allen, a young widow, has a bundle of joy and a bucket of bills. Unaccustomed to charity, the petite barrel racer returns to the rodeo circuit to cash in on the big money during July, called “Christmas” by cowboys. In what Geena deems as obligation, Trey Mann, a bull rider, offers to babysit her daughter and teaches them all a lesson about the true spirit of giving. Will he also manage to lasso this proud cowgirl’s heart? So here’s my July Christmas present to you! This book is now available in ebook format! Hope you enjoy! http://www.amazon.com/Christmas-in-July-ebook/dp/B006O1GPCQ/ref=sr_1_1?ie=UTF8&qid=1342192257&sr=8-1&keywords=Christmas+in+July+Leanna+Ellis And here it is on my website: http://leannaellis.com/sweetromances.html So what do you do during July to cool off?