As many of you know, while we were in France my husband became very ill and ended up in the hospital in the small town of Vernon, France. So for a week, I was pretty much alone in France without anyone who spoke English, other than my husband, who was stuck in a hospital bed. I have to say that those I met were super sweet and kind. Being in a smaller town, most people didn’t speak English, but boy were they friendly! ‘Bonjour, madame!’ is what I heard constantly. Occasionally someone would begin a conversation with me and be met with my wide-eyed ‘uh-oh what do I do?’ stare. Then I’d fumble my way through, “Pardon…” and apologize for not speaking French and ask if they spoke English. Most of the time, I was met with a shrug of their shoulders and sad shake of their head. Many times in dealing with the wonderful hospital staff, we resorted to sign language (and this was not real sign language more mime). 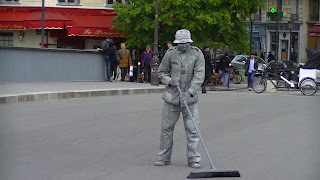 The first day after my family had left, I was very worried about my husband and feeling very alone. The phone our travel agent had given us to use in France rang. It was a woman I had never met before. A mutual friend had hooked us up via email. Pam, a missionary in the south of France, called me, and it was glorious to hear someone speaking English, who could understand me and pray for me. I will never forget that kindness of a phone call and what a blessing Pam was to me. 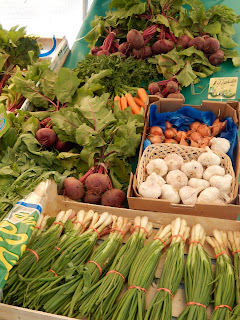 A few days later, I walked a few blocks to an outdoor market. There, I heard some Americans talking, and I found myself moving toward them, soaking up the English language. The group at first didn’t notice me, but then a few eyes cut in my direction, and I realized I was being rude. I don’t remember what they were saying, just that I could finally understand someone! And it was glorious.

The whole experience gave me a heart for those in this country who were not born here and who have a another language as their first language. I know folks from Russia, Hungary, China, Egypt, Mexico, etc… and I now understand how precious their language is. It’s not that I don’t think they should learn English, I do! And boy I was trying to learn as much French as I could while I was there and wished I had known more. Next time, I go to France, I hope to know even more.