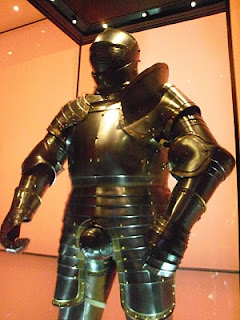 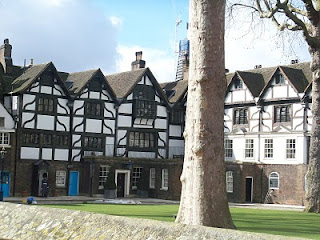 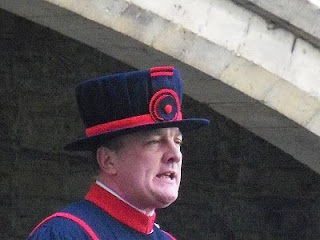 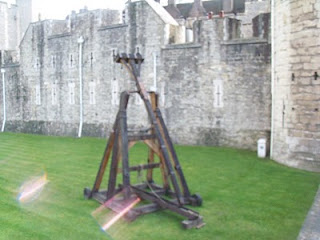 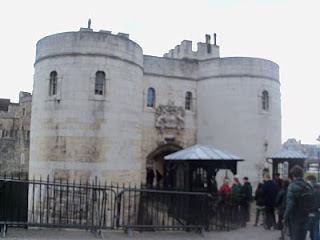 Cue the music! Can you hear the bugles heralding your arrival? Welcome to the Tower of London.

This was our first stop in London on our first full day, because you simply have to visit this castle. So much history here! So much intrigue! It was at first a cloudy day but then the sun came out. We had a wonderful beefeater, who explained what a sought after position he held. Apparently, beefeaters must have served honorably in the armed forces, and this beefeater served in Afghanistan. He had quite a sense of humor and really enjoyed relating the procedure of drawing and quartering. So pleasant.

We visited the chapel where pictures aren’t allowed to be taken, and hats must be removed. In this location, they discovered 1500 bodies buried beneath the floor. Only nine were identified through journals and writings. One was Anne Boleyn, because her head was placed beneath her left arm and she was wearing a green dress. Lovely.

You can see here a picture of The Tower Green where many a maiden (and Lord) lost their heads. Do you think Anne Boleyn regretted marrying Henry? The building at the back was built in her honor but it wasn’t finished until after her death, so it was renamed and given to the caretaker of the Tower.

And here’s a picture of King Henry VIII’s armor. Go ahead and giggle. We did.

My mind was racing the whole time we were here. So many stories to tell about this place. It really feeds the imagination. If you get a chance to go to London, you simply have to go to the Tower. The views are amazing, but the history within these walls is the main draw.